Is It Worth Buying The PaMu Scroll?

Pamu Slide conquered both Indiegogo and my heart. Now I’ve got another model of wireless headphones from this manufacturer. Pamu Scroll has, at least according to the company’s assurances, a great price-performance ratio, long work time on one charge and an unusual look designed to catch the eye. How do these headphones fall out in reality? Welcome to the review!

APPEARANCE AND QUALITY OF WORKMANSHIP 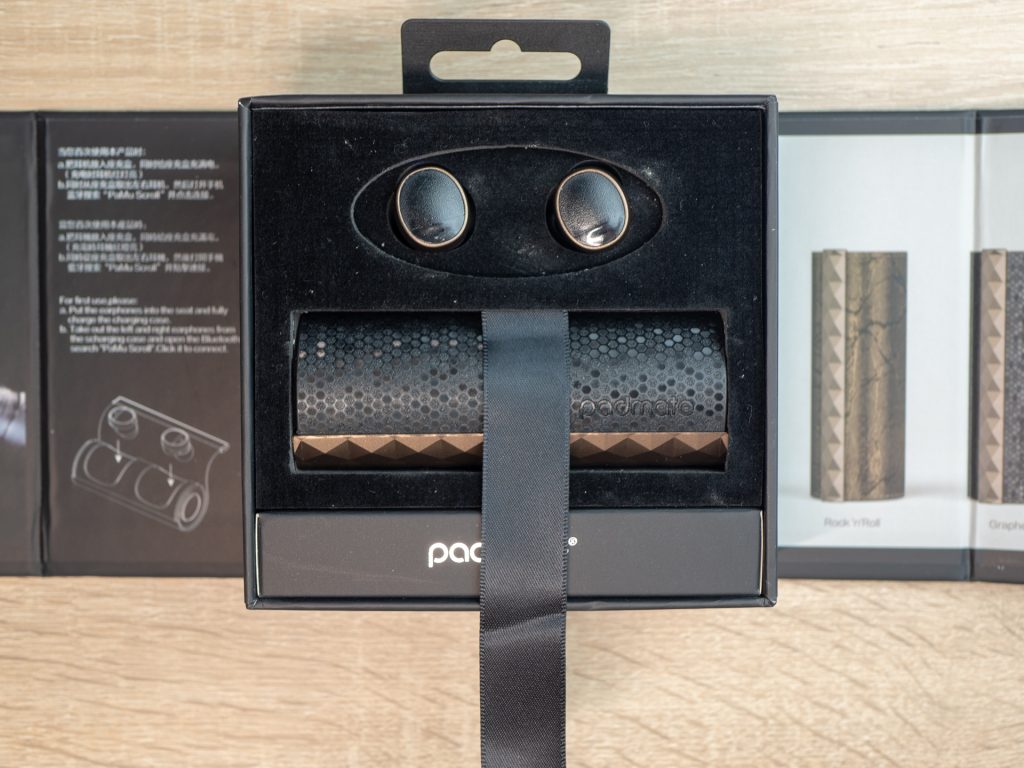 Let’s start with the very own earrings. Pamu Scroll looks practically exactly like all other TWS headphones available on the market. There were touch panels to control the music being played, and the domes themselves were made of two-colored plastic. Each of the headphones is also equipped with an LED diode, which informs the user about the device status. Unfortunately, but these LEDs are constantly blinking when it connects the in-ear notebooks to its smartphone. And just as it is hard to see during the day, it was annoying at night.

An interesting thing is the cover, which also acts as an energy bank and charger. The opening part is made of artificial leather and this is to make this equipment stand out from the competition and at the same time catch the eye. In fact, the inner version of the skin is quite dirty and I have the impression that sooner or later this element will not look so good due to its wear. In addition, this cover is so large that I was not able to put it in my pants pocket. Of course, in the winter this is not a big problem, because the jacket pocket easily fits it, but in the summer I can not imagine carrying an additional backpack or bag in which I could hide Pamu Scroll. The cover itself is loaded using the MicroUSB port. I honestly admit that in headphones for over $69 I would like to use USB-C.

Working time on one charge in my opinion is quite an important issue for true wireless headphones. According to the manufacturer, Pamu Scroll should run for about 3.5 hours without charging. How is it actually Very similarly. In my case, the headphones were able to play without interruption for about 3 hours, and the cover also acts as an energy bank allows us to charge the ear-pods three times. Charging the power bank takes about 2 hours, and the headphones themselves just over an hour. 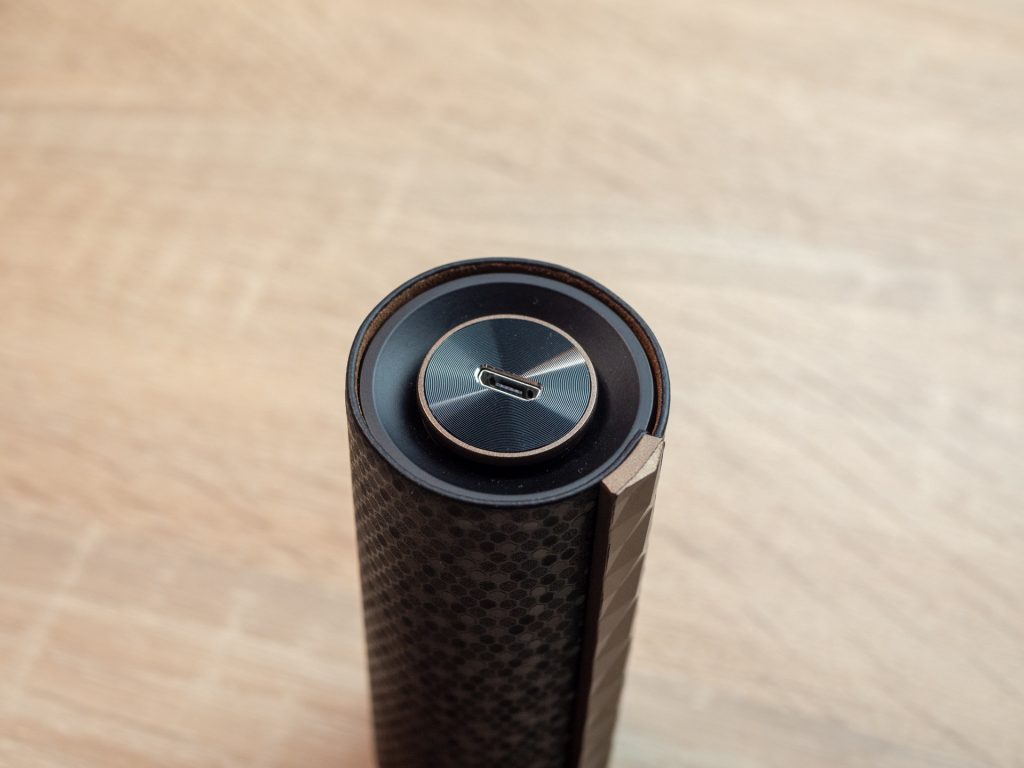 CONVENIENCE OF USE AND OPERATION

And here I have to complain a little. In fact, I am a user who has no problem with the fact that the ear tips fall out of his ear. Just select the right size of silicone rubber bands and everything stays in place. In the case of Pamu Scroll, however, it was different. Regardless of how I would use them after some time, they fell out of my ears. When practicing any sport without interruption, you had to be careful not to simply lose them in the world.

Another problem is that Pamu Scroll can interrupt the sound at the least expected moment. And regardless of the connected device or the battery status of the headphones themselves. It happened that I used in-ear nodules for several days and nothing interrupted, and after a while there were breaks every few seconds. Of course, these were not problems with the range, because it even happened when I was sitting at the desk and the smartphone was lying next to me.

The microphone deserves a plus, as it collects sound quite well and allows you to conduct a conversation in a comfortable way. Touch panels allow you to turn on and off the music you are listening to, as well as change the song or wake up the voice assistant.

At the end I left what is most important in the case of headphones, i.e. how they play. I honestly admit that after using Pamu Slide I expected a lot from the cheaper model of wireless in-ear receivers of this manufacturer. Unfortunately, but I was quite disappointed. The stage at Pamu Scroll is really small. It’s been a long time since I heard the sound so overwhelming. Listening to music, we feel as if all instruments were literally in the same place. And for me it deleted these headphones from the very beginning.

Pamu Scroll has a very bass signature. Unfortunately, but this does not mean anything good, because the lowest bands have been so overclocked that they flood other frequencies. There are practically no high tones. At the same time, the bass doesn’t impress with its low descent or depth, and the flooding of other frequencies means that we lose a lot of details. 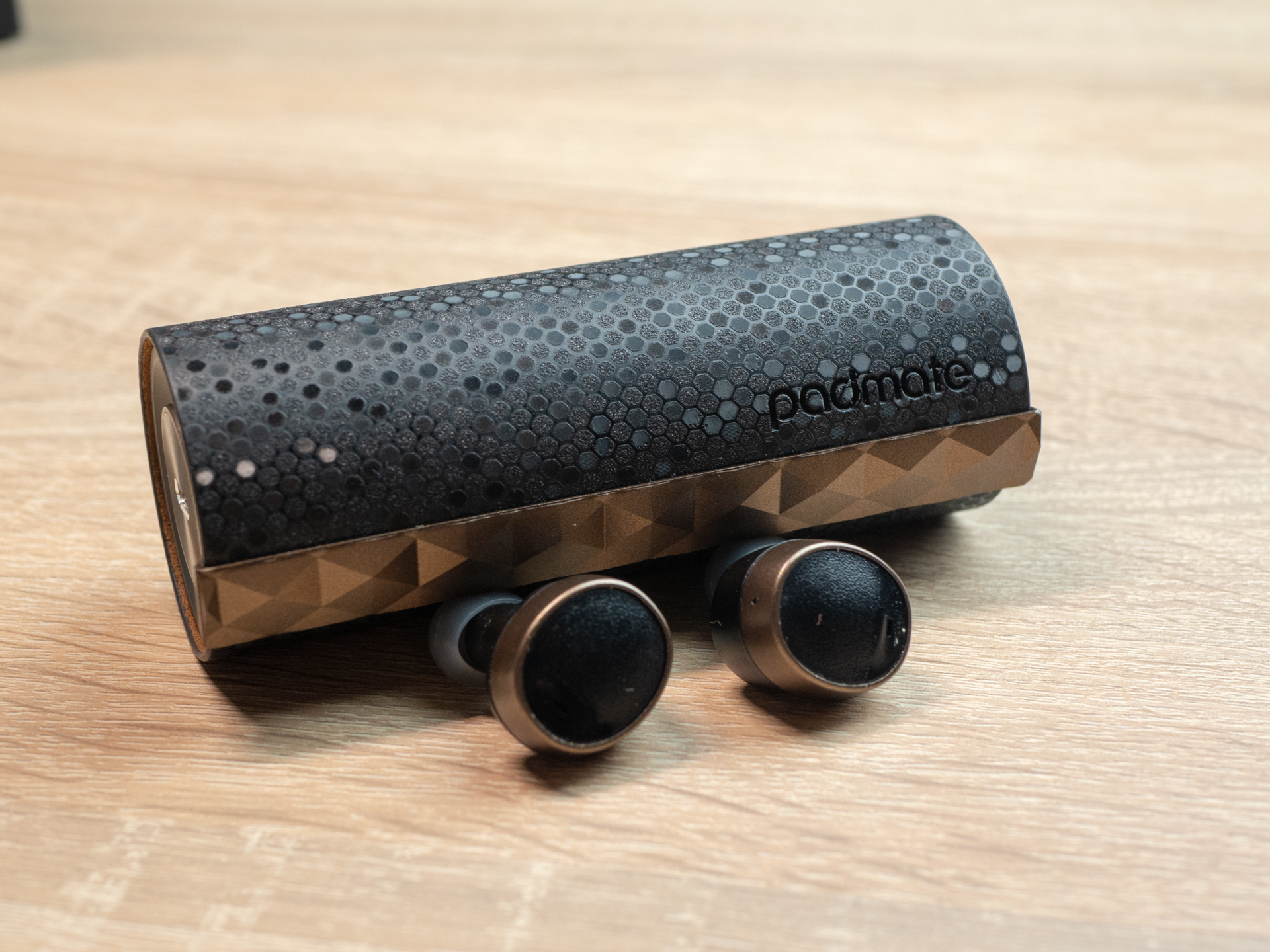 Of course, people who do not pay so much attention to the quality of sound probably would not be disappointed with Pamu Scroll, but I think that spending over $69 on wireless in-ear nooks should expect something more. In addition, in my opinion, such Xiaomi AirDots, let alone AirDots Pro sound much better, and at the same time we can buy them much cheaper and with a full warranty implemented in our country.

IS IT WORTH CONSIDERING BUYING PAMU SCROLL?

Pamu Scroll are headphones that will not win the heart of people who like sound quality. I have the impression that the manufacturer wanted to create something that will simply catch the eye and forgot that wireless in-ear sockets are not only the appearance, but above all the sound quality. In my opinion, at a price of $69 you can buy much better headphones and I would not even think about Pamu Scroll.